Discuss the upcoming movie to be released in 2020 and directed by Jason Reitman.
Reply

The red sneakers with the flightsuit are a nice touch. Very David Tennant/Doctor Who.
This Post Contains Spoilers

The red sneakers with the flightsuit are a nice touch. Very David Tennant/Doctor Who.
This Post Contains Spoilers

The youth sized flight-suit has to be from some sort of denouement scene, right?
This Post Contains Spoilers
groschopf liked this

He hasn't said yet.
mrmichaelt liked this
Feeling overwhelmed by the Covid-19 pandemic? Please visit The Support Thread.

Still, pretty neat. Because that's a couple buildings before the Empress Theatre in Fort Macleod and you can see a bit of the Queen's Hotel in the trailer.
Ghostbusters IDW Sales Chart (Updated for March 2020) 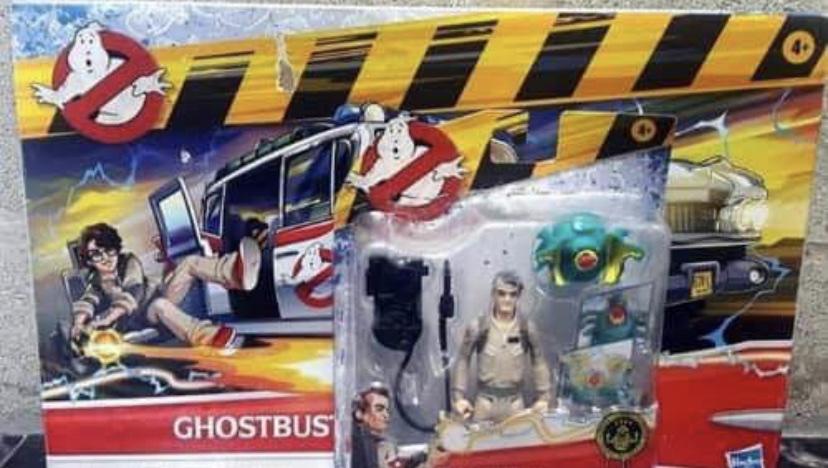 This Post Contains Spoilers
Last edited by Kingpin on August 5th, 2020, 10:08 am, edited 1 time in total.
Alphagaia liked this

deadderek wrote: ↑August 5th, 2020, 3:55 am Can anyone make out the nametag? Is there a higher resolution somewhere?

Hope someone saved the image as Reddit nuked it for being a spoiler (although I think most of us would've guessed something like that would've happened as soon as we saw
Phoebe checking out the jumpsuits
This Post Contains Spoilers
)
groschopf, Alphagaia liked this
Feeling overwhelmed by the Covid-19 pandemic? Please visit The Support Thread.

Bison256 wrote: ↑August 4th, 2020, 7:50 pm Mulan is going to be released video on demand, for $30! I wonder if sony is starting to second guess delaying? Is sony pictures in as bad shape as Disney?

After hearing that Mulan and now most probably Black Widow are headed straight to streaming, I am a starting to think GB Afterlife might be headed that way too. There’s no way to know for certain of course but I think that if that was to happen, then Sony would release the film sooner then it’s current March 2021 date and bring it forward to late this year.

I’d still like to watch this film in a cinema but I understand that with what’s going on it might be better to just put the film on demand.

Edit - just saw that Mulan will simultaneously get a limited theatrical release at the same time as it’s Disney plus release. Perhaps Sony could do that too
groschopf, Alphagaia liked this

Sony knows people are still going to be cautious but they want to make money. Either way well see the movie, and its quite possible that After Life will get both theatrical and Digital.

EDIT: If anyone else was wondering about that Queen's Hotel filming photo, I believe I found the source on instagram. A user watched that Ecto-1 featurette on the GB YouTube 4 days ago and I guess posted a photo from the Macleod shoot she never posted back when and decided to post it for the first time.
https://www.instagram.com/p/CDWqun5pZ0j/
Wafflerobot, Kingpin liked this
Ghostbusters IDW Sales Chart (Updated for March 2020)

via Imgflip Meme Generator
pizzarat, Corey91, Alphagaia and 3 others liked this

I just smiled a bit. A bit.

I tried to credit all of the people who'd contribu[…]

28 years after watching my first episode of The Re[…]

I carry chemical gloves on my belt but never actua[…]