by Parflagush
As I began to experiment with the electronics setup, it became clear that there wasn't gonna be much room in the compartment with the Heavy Props board and the Arduino Nano...or at least not the way I had it set up.

Originally, I just got one of these terminal adapter boards that extended the Nano with screw terminals. This made it easy to wire up the 7-segment display and swap out the Nano board for maintenance if needed. 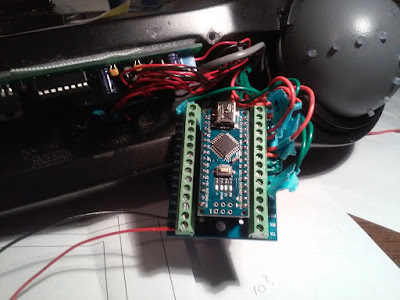 However, with the Nano and Heavy Props boards in there, it was a pretty tight fit. 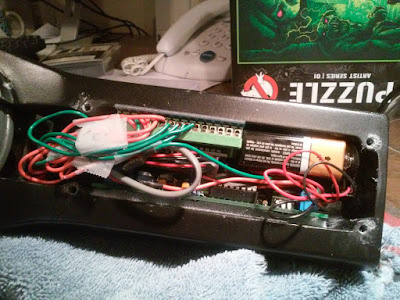 I also found out that I couldn't run both boards off one battery. There simply was not enough juice. It was clear that I would need two batteries, one for each board.

Since it was pretty cramped in there already, I decided to ditch the terminal adapter board. I first considered soldering the wires from the 7-segment dispay directly to the Nano board, but while that would have provided optimal space, I still wanted the option to easily take out the board if needed. That's when I had an idea to make use of some extra test wires that came with a previous Arduino kit... 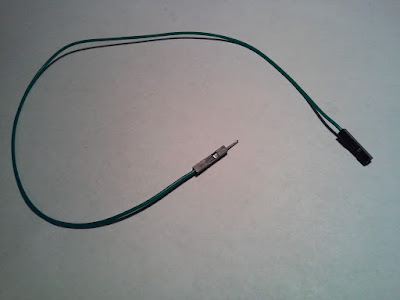 Clipping off the male end, I had a nice little lead with a connector that would easily connect to the pins on my Arduino Nano board. So I got to work re-soldering. 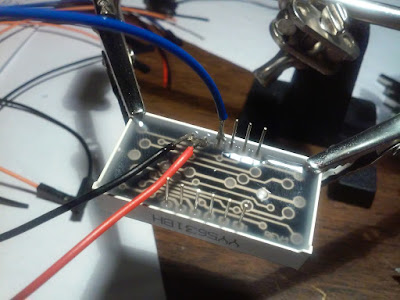 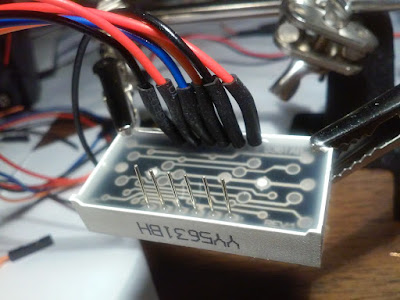 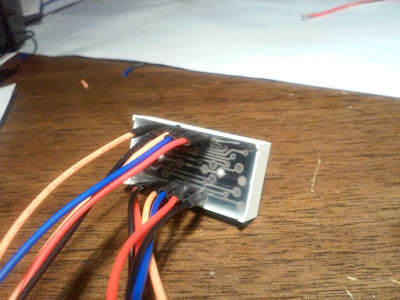 And wrapped it all up with colorful heat shrink tubing... 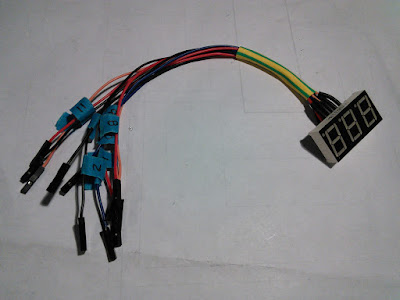 ...and tagged each wire with the appropriate pin number for reference.

While having to re-do something is always a pain, it almost always turns out better the second time. 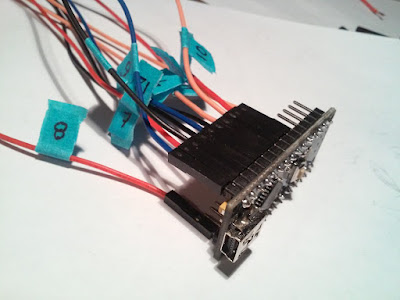 The pin connectors make it easy to wire up to the pins on the Nano board.

I put a piece of Scotch tape across them to keep them all together. (Go ahead and poke fun! I ran out of super glue!) 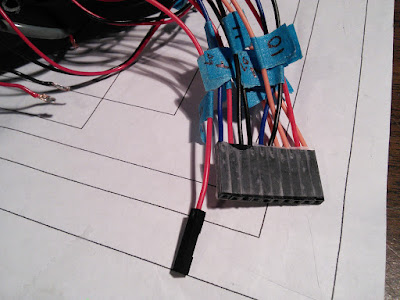 That'll keep 'em together and now I don't have to worry about mixing them up.

The next little challenge I had was redoing the switch. Because I would be using two batteries, the single pole switch wasn't gonna cut it, so I ordered a DPDT switch to handle both circuits. 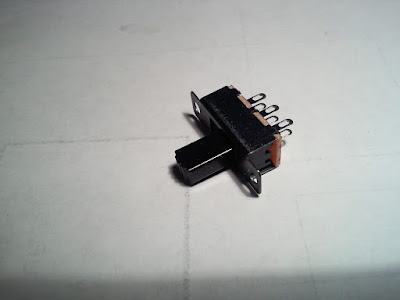 This switch was of comparable size to the other one. Luckily the old switch was only hot-glued in as it made it easy to remove and replace. 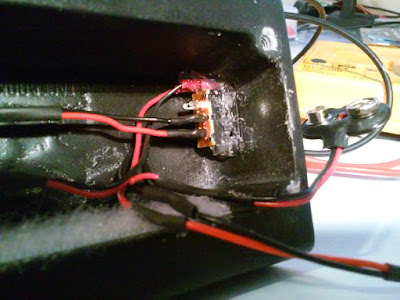 I must not be very good with a glue gun, as that stuff always looks like a gobby mess. Thankfully it's on the inside.

I did some simple wiring to get a 9v battery clip wired up for the Nano power circuit. The other 9v clip connects directly to the Heavy Props board, but I also had to re-wire the switch for that circuit.

Not too long after, I had it all fitting in the compartment quite nicely. The battery for the Nano circuit goes in first... 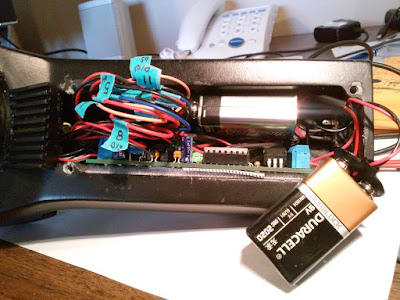 ...and the second battery fits nicely on top. 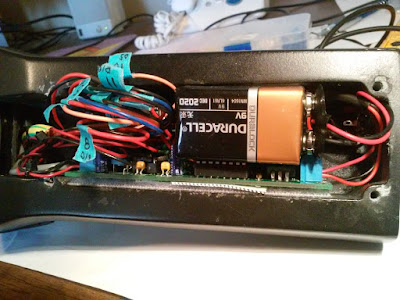 I'm not sure I'll need battery holders to keep those 9v's from shuffling around, but we'll see once I get it all closed up. Either way, I am pretty happy with the way things fit.

ThrowingChicken wrote:But if you want to use it anyway, it looks like you could trim another 1/4" off the aluminum tube (it really only needs to be as high as the black gear that goes around it). If that doesn't close the gap, you could possibly replace the type of headphone jack he is using with something with a lower profile.

I myself am going to add one with a smaller profile. I was wondering if there was a reason behind the short and long wire when attaching?
The parts I bought have and long and short prong to attach the wires... is it short wire short prong long wire long prong?
Hope this makes sense

Sorry, was that a question for me? I don't think it matters which wire goes with which prong. If one is longer, run it to the shorter prong, or trim them however you need to. The only important thing to keep in mind is how you wire them up to the board as reversing them will change the polarity and may not work, in which case you'd just reverse them when connecting them to the board.

Man, I need to get back and finish this build soon.

by BobaTone
Awesome build thread and detail mate.
After speaking to a few people and seeing this thread I'm motivated to get one built myself

by Parflagush
Thanks. I need to get back to it. Currently, I'm having battery issues. Those 9v's don't last long so I've been looking into alternate options. With the two boards in there, there isn't a lot of space.

by sapper36
So on the arduino board where do you hook up the power & how much - 9v?

by sapper36
I think I burned out a couple of ear LEDs - any idea on specs for replacements? Also I want to connect in 3 extra LEDs 2 on the faceplate below the counter & 1 behind the scan indicator - any thoughts on connecting those with the power light outlet next to the switch connections?

by Parflagush
I just happened to have a box of different colored LEDs on hand that I bought when learning Arduino stuff. It has both 3mm and 5mm LEDs in there. The ones I have are listed as 3V, 20mA. Got it off eBay. If you search for "200 pcs 3mm 5mm LED Light White Yellow Red Green Assorted Assortment Kit DIY Set" you'll likely find what what I have.

I've thought about adding the extra LEDs as well. My initial hope was to connect them to the same Arduino Nano board that drives the 7-segment if there is any room left (I haven't looked yet). You could connect it separately to the switch/circuit, but you wouldn't be able to program any flashing or effects that way.

I'm also going a different route with the batteries, or at least one of them. I'll probably keep the 9v for the Nano, but a 9v isn't gonna cut it for the other board. It drains way too fast.

I wish I had time to monkey with it all. I really need to finish my Giga.
All times are UTC-06:00
Page 2 of 2
Powered by phpBB® Forum Software © phpBB Limited