I find it hard to believe that the market isn't there. The budget series 1 DVD is still a regular seller at HMV and a lot of people who aren't hard core Ghostheads still think RGB is a very good show.

I wouldn't want it to be given the CGI treatment but if they could keep the original animation style while upscaling to widescreen 1080p that would be nice.

What do you guys think?
"You call this coffee? This coffee tastes like mud... oh, sorry, it is mud!"

By mrmichaelt -  November 20th, 2022, 3:35 am
-  November 20th, 2022, 3:35 am#4974593
"The Halloween Door" is essentially proof positive that RGB movies could have been done. It would have been pretty neat they used the format to make the RGB versions of GB1 and GB2 as well as some original stories. Like they could do one about how the RGB captured Surt (who appeared in Extreme Ghostbusters) and make it a story about he almost succeeded in ending the world. Or a completely original story, new villain. Yeah, that'd be pretty cool.
Kid Chameleon liked this

By ghoulishfright -  November 20th, 2022, 7:05 am
-  November 20th, 2022, 7:05 am#4974595
I've long wanted a feature length RGB film. Seems like the perfect format in which to continue the saga of the legacy characters, considering Harold Ramis is dead and Bill Murray is Bill Murray. The legacy RGB voice actors are essentially all alive still (with the exception of Lorenzo Music), and even if they're not available, it's much easier to replace voices than faces. And given the nature of animation, the possibilities are virtually endless. You could make a new story set in any time period, from the 80s, 90s, or today. You could even produce one of the unproduced GB3 scripts. The only limit is people's imaginations.
Kid Chameleon, mrmichaelt, Spenglers and 2 others liked this
"Janine, didn't yo mamma ever tell you not to get involved with no Ghostbuster? Now go on home."
--- Dr. Venkman (GB1, deleted scene) 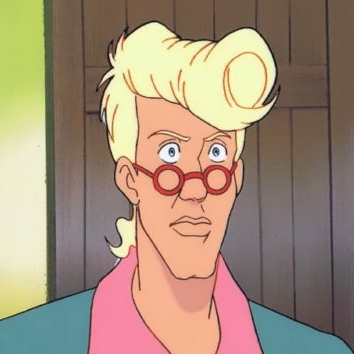 By Spenglers -  November 22nd, 2022, 12:48 am
-  November 22nd, 2022, 12:48 am#4974621
I concur with the others' sentiments here. There's no reason whatsoever Ghost Corps can't do a movie with the RGB, especially when they're already trying to get animation off the ground in the near future. You could really go all in on making it a film that on the surface is kid-friendly, but lays the jokes on thick for adults. So... keep it how the first two films and cartoon were. I'd personally prefer the setting be the 80s or early 90s, but you could easily have the guys time travel or dimension-hop to modern day to stop some city-shattering event or what have you. I'd also say that they should hire all the voice actors that did the show over A-lister celebrities, but you just know that they'd get the A-lister celebs to put butts in chairs.

Checking the video out right now and this is[…]

If someone with the right software and a 3d printe[…]