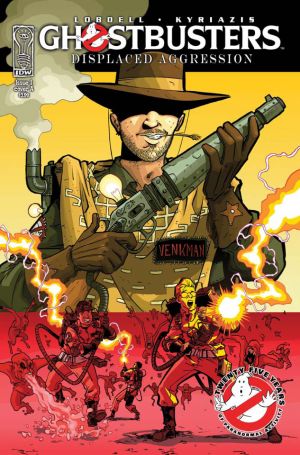 "GO WEST, YOUNG VENKMAN!" In chapter one of this all-new Ghostbusters adventure, the 'Busters have been defeated by the pan-dimensional demon lord Kozar'Rai-Father of Gozer, the villain has separated them across the time stream! Dr. Peter Venkman is trapped in 1886, and his only chance to return to present-day Earth and free all of humanity from the Rule of Kozar'Rai has him teaming with a very unexpected (and very beautiful) ally! 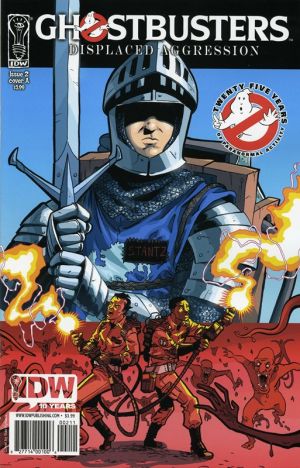 "A Ray By Any Other Name..." Peter and Rachel (the newest Ghostbuster) arrive in the days of King Arthur, only to learn his trusted advisor Merlin has been replaced by... a bearded, sword-wielding Dr. Ray Stantz! All that and the ghost of Morgan LeFey, too! 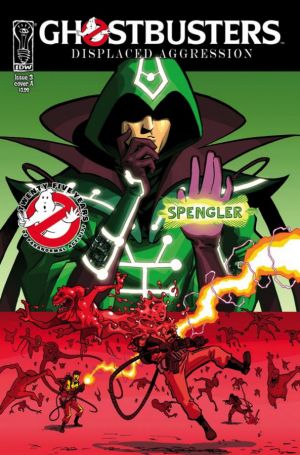 "Here Today, Egon Tomorrow." When Peter, Ray and Rachel arrive in the near-distant future on a Mars colony where they've located the chronologically displaced Dr. Egon Spengler, they discover the base is under the thumb of an imposing and mostly benevolent dictator-Egon himself! It's Ghostbuster vs. Ghostbuster... with the fate of modern-day Earth in the balance! 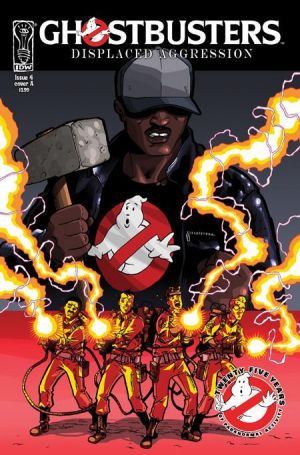 "A Win-Winston!" While Peter, Ray and Egon were trapped in the time stream, Winston has been waging a guerilla war against Kozar'Rai and his demonic stormtroopers. But before the four of Ghostbusters can celebrate their reunion, they need to stop Kozar'Rai from reassembling Stonehenge in the heart of Central Park! Also, a bonus 8-page back-up story starring Janine, from Ilias Kyriazis and artist Mike Dialynas!